Our purpose is to celebrate consciousness by spreading the frequencies of light and love through visionary art. 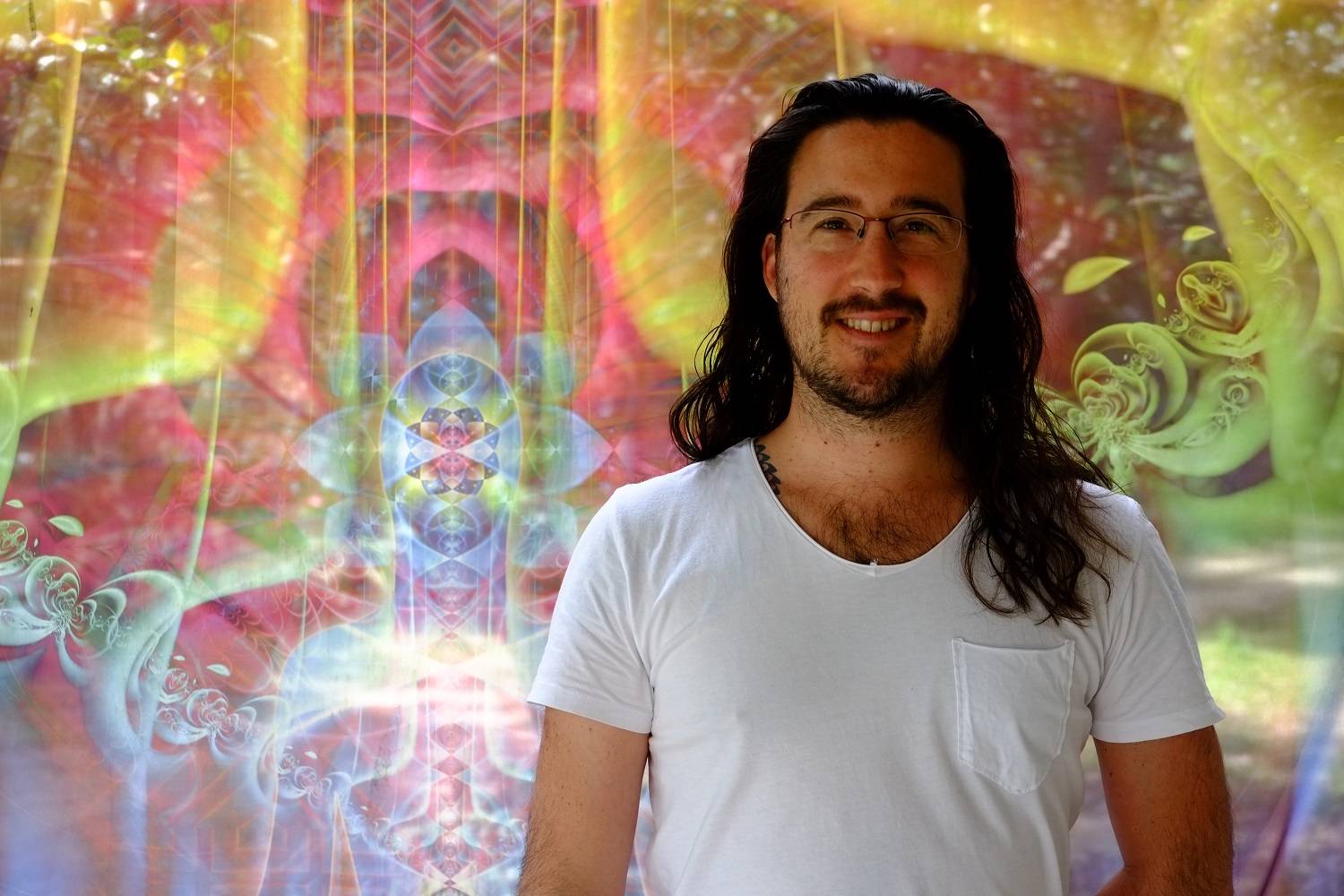 Aurelien Floret is a French born visionary and multi-dimensional artist ahead of his time. He has produced an incredible body of work over a variety of forms including digital art, live VJ performance, video, installation art and painting.

Aurelien has an innate ability to capture intangible essences and energies beyond our senses. He taps into the blueprints and templates of Creation; melding Sacred Geometry and Fractal Geometry with stunning blends of colour, symbols and motifs allowing us to perceive microcosmic, multi-dimensional or invisible worlds.

Each artwork holds it’s own vibration that speaks to the heart of the viewer in a language beyond words. Aurelien's creations are alive, they act as mirrors for your soul, everyone sees something different contained within the movement of each piece.

Imbued with positive intent and specific vibrations and frequencies Aurelien's artwork will take you on a journey. 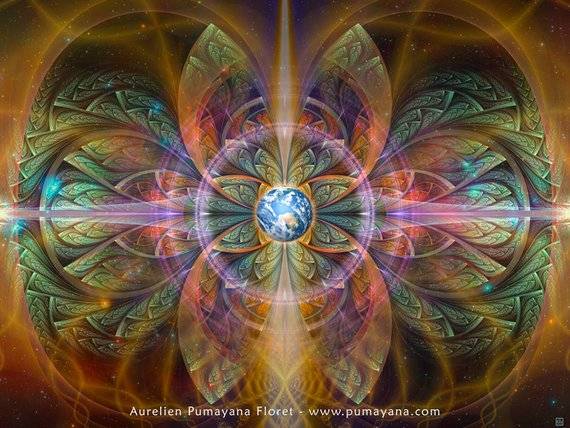 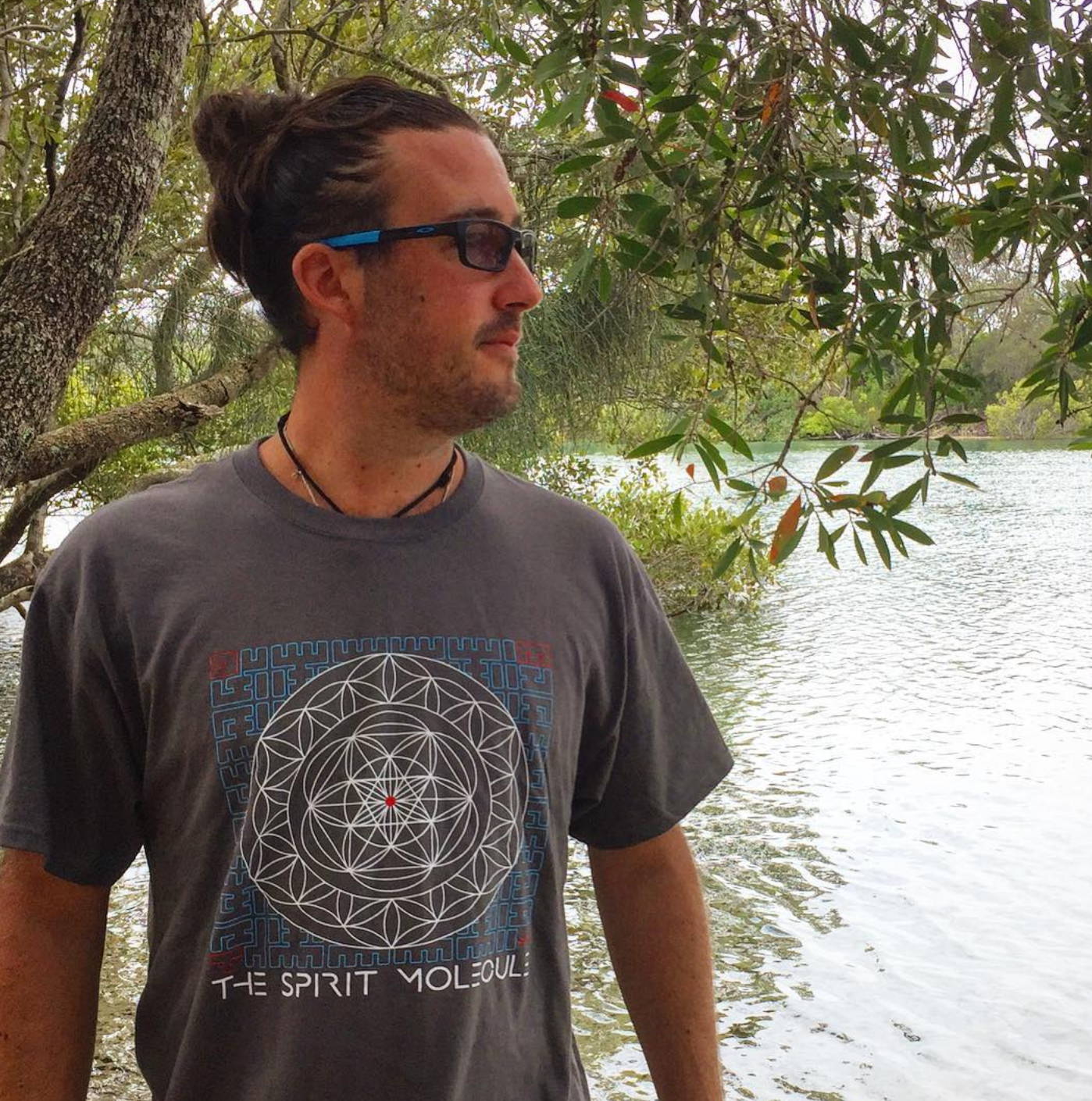 Born in Paris, France in 1978, Aurélien Pumayana Floret had a great interest in nature and art as a child. Upon adulthood, he studied Graphic Design and had a stable career in the corporate world. Outside of work, he started creating multi-dimensional artworks, which was emerging as his true passion.

In 2005, he held his first exhibition in Paris with an overwhelming response. This prompted him to travel to Goa, India to pursue his spiritual path and true calling. Here he met Tibetan Monks and Indian Spiritualists who introduced him to the Art of Thangkas, mandalas and meditation. Aurélien was further inspired and continued to expand his creative scope and spiritual interest through the form of nature and Sacred Geometry.

Over the next 8 years, Aurélien travelled to the UK, Japan, Canada, South America and USA creating and exhibiting his artwork.

His love of music and sub-culture also led him to exhibit at music festivals where musicians and DJ’s wanted to collaborate; his artistic expression with their set. This prompted Aurélien to bring motion into his artwork, blending art pieces together to create ‘live visual journeys’.

In 2008, Aurélien held an exhibition in Byron Bay and fell in love with the place. At the end of 2010, Aurélien returned to Australia and decided to stay. Now permanently based in Noosa with his son, Aurélien continues to create and show his unique artwork and perform live visual sets at galleries, festivals and events.

If you would like to book Aurelien for an Exhibition, Live VJ or Event, contact us via the Performance Page.

is added to your shopping cart.